With all that Bit-O-Heaven offers, leaving might be the last thing on your mind, but in the event a touch of wanderlust takes over, below are a few of the attractions near Bit-O-Heaven you may want to visit: 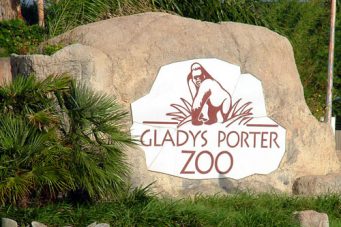 In a mere ¾ mile trek, a visitor to the Gladys Porter Zoo will encounter a diverse ensemble of 377 species of animals and 225 species of plants. The park is divided into four zoogeographic areas: Africa, Asia, Tropical America and Indo-Australia. There is also a Herpetarium, South American Free-flight Aviary, Macaw Canyon, Bear Grottos, Harbor Seal exhibit and Komodo dragon exhibit. Small World features a nursery and an animal contact yard where children can touch and interact with domesticated animals. Large numbers of wild birds find sanctuary on the Zoo grounds, drawn to the plants and waterways that provide them with food and shelter.

Zoo is open every day of the year from 9am to 5pm with extended summer hours.

Trails, observation decks and wildlife watching areas make it easy to see diverse creatures and spectacular views throughout the 40,000-acre  Lower Rio Grande Valley National Wildlife Refuge. Containing a few of the area’s premier wildlife watching destinations including Boca Chica Beach and La Sal Del Rey, this refuge is one of the most biologically diverse in the system. Located in Hidalgo County.  Call 956-784-7500 For More Information.

Finally, considered to be the jewel of the National Wildlife Refuge system, Santa Ana National Wildlife Refuge is made up of over 2,000 acres of wildlife. You can hike the trails, check out the canopy walk, or explore the tree tower, surrounded by a diverse population of creatures. A nature tram also provides tours through the park. Terrific opportunities for wildlife watching abound in this beautiful spot, so be sure to bring your camera  and binoculars!  Call 956-784-7500 For More Information. Felix DeWeldon, an ambitious sculptor, had a clay replica of the picture sculpted within 72 hours of seeing the picture.  Before the bronze monument could be cast a full size model had to be made.  This original full-sized creation of Felix De Welden was used for the casting of the monument located in Washington, D.C. After completion of the monument in Washington, this sculpture was placed in storage until the early 1980’s when it was donated to the Marine Military Academy in Harlingen, Texas by its creator.

The Iwo Jima Monument is located behind the parade deck and near the main entrance to the Academy. The Academy is located adjacent to the Valley International Airport Harlingen, Texas.

The Iwo Jima Museum is located adjacent to the monument and contains many souvenirs, photographs and memorabilia of the famous World War II battle.  Call 956-421-9234 For More Information

The origins of the devotion to Our Lady of San Juan del Valle began in San Juan de los Lagos, a Mexican town founded after the Spanish conquest. Here, Spanish missionaries installed an image of the Virgin Mary in the town’s church to assist parishioners in their devotion. According to the church, in 1623, a family of acrobats were performing in town when their youngest daughter lost her balance and fell to her death. However, when the image was placed over her body, the child appeared to return to life. Considered a miracle by the church, the image became recognized throughout Mexico as Our Lady of San Juan.

The devotion carried into the U.S., where, in 1949, Reverend Jose Maria Azpiazu of the San Juan, Texas parish received permission to foster a devotion to Our Lady of San Juan. The Reverend commissioned a reproduction of the venerated statue inspired by the original image residing in San Juan de Los Lagos and placed it in the San Juan Chapel. A new church and shrine, built and dedicated to the Virgin of San Juan in 1954, followed. Sixteen years later, during a Mass attended by 50 parishioners and 50 priests, with 100 school children in the church’s cafeteria, a small plane crashed into the roof of the shrine and exploded, destroying the shrine. Remarkably, no one but the pilot died in the conflagration and the statue, along with the sacrament, were rescued from the flames.

Today, the rebuilt shrine has achieved international recognition and, in 1999, Pope John Paul ll bestowed its title as Basilica.

The Rio Grande Valley’s address for Winning Fun !!  Situated on nearly 80 acres, Valley Race Park in Harlingen, Texas is the home to greyhound racing and year round simulcasting of both horse and dog racing. The park features a 91,000 square foot building with a terraced seating and table area, a main floor for simulcasting, clubhouse restaurant and bar and party rooms.

South Padre Island – The Only Tropical Island Paradise in Texas

South Padre Island is one of the world’s most exquisite barrier islands – and the only Island in Texas. It is an hour drive from Bit O Heaven.  Calm weather and water and more than 300 days of sunshine make South Padre Island a great place to live and visit all year.  Enjoy Dolphin watching tours, take sandcastle building lessons, ride indoor water slides, play mini golf,  ride go carts on and off the streets, see fireworks, take a pirate ship tour or go deep sea fishing.

South Padre Island is located on the tropical tip of Texas, bordered by the Gulf of Mexico and Laguna Madre Bay and linked to the mainland by the 2.5-mile Queen Isabella Memorial Bridge. The island is actually a 34-mile barrier reef, only about half a mile wide at its widest point. With so much water, it’s only natural that fishing is one of the most popular recreational activities; and the island is home to several charter boat operators and fishing guides who cater to visitors as well as local anglers. Their fishing excursions range from fishing the flats of Laguna Madre to venturing out into the Gulf for deep-sea fishing.

Experience the best the Gulf Coast has to offer… a 25-acre paradise and the most popular waterpark in the Rio Grande Valley. Enjoy nearly two dozen world-class attractions, roar down 13 amazing indoor and outdoor water slides, or float one of the multiple river systems.  The resort includes lodging, great Gulf beaches, fantastic dining location options, and unlimited use of both the indoor and outdoor waterparks.  Call 956-772-7873 For More Information 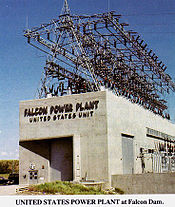 Falcon State Park is 572.6 (144 developed) acres located north of Roma at the southern end of the 98,960-surface-acre International Falcon Reservoir in Starr and Zapata Counties. The park was leased from the International Boundary and Water Commission in 1949 and was opened to the public in 1965.

Falcon Dam was dedicated by Mexican President Adolfo Ruiz Cortines and President Dwight D. Eisenhower in October 1953. The waters of the Rio Grande River have formed a beautiful 60-mile-long lake behind the dam. This dam was built for conservation, irrigation, power, flood control, and recreational purposes.

At Falcon State Park, you can fish, swim, camp, bird watch, water ski, boat, geocache, hike, or just relax and enjoy the mild climate. Explore 2.8 miles of trails, visit the recreation hall for a snack or domino game, or rent the hall for a family gathering.  Call 956-848-5327 For More Information

Only a half hour drive from Bit O Heaven.  It is a great area for tourists to enjoy shopping for souvenirs and pharmaceuticals, taking advantage of low priced dental service, and enjoying the local cuisine and beverages.  Winter Texans are always welcome in Progresso, they even have days dedicated to celebrate Winter Texans here.

There’s so much to do at and near Bit-O-Heaven that you may never leave!

Home away from home! Lots of really nice people. Lots of activities to interest everyone. Clean, safe and well maintained.

I cannot say enough good things about Bit-O-Heaven RV Park. We have made life-long friends here at the park. The staff is terrific and continues to support so many people, including us, during rough times. We wouldn’t think of living anywhere else in the Valley!

It’s our second home and we love it. We would recommend it to anyone. The office staff are awesome and willing to help in anyway and maintenance guys are there to serve as needed.

We had a reservation at another RV park in the Donna, McAllen, Mission area of Texas for the month of December. We arrived early and decided to stay at this park. We liked it so much we canceled our reservation and booked in here for 5 months. Park is well run and a great park for the price. It has two pools and all kinds of activities. Washrooms very clean. It is a mixture of park models and RV’s. People are very friendly.